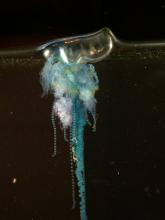 On the water we encounter many different creatures but perhaps one of the most mystifying for many of us is the jellyfish, a weird and alien looking animal. Hobart-based Jellyfish expert Dr Lisa-Ann Gershwin and her business partners have developed The Jellyfish App which can help with identification and, importantly for those close to the water, advice on sting treatment.

We asked Dr Gershwin the below 5 questions about Jellyfish … 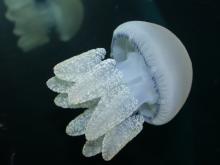 1.Why jellyfish? Is there one fascinating fact about them that drew you to study them so passionately?

Oh heavens, we definitely don't have enough space for me to fully explain all the things I love about jellies!  They are simply amazing. They've got that whole beautiful-but-dangerous thing, and they are so weird and other-worldly that honestly, it just makes my heart pound with excitement. OK, that's just the emotional attachment.

A bit more cerebrally, I love that as a scientist I study something with such enormous potential for so many meaningful discoveries: in a recent week I was sorting and identifying some specimens from a recent voyage, and in the first 26 samples I found something in the order of four new records for Australia, more than a half dozen new records for the Great Australian Bight, at least one species new to science, and I believe I have resolved a mystery that has been perplexing scientists since 1833. And I still have about a hundred samples to go! 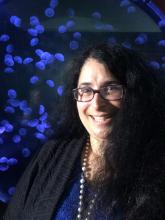 I love that my work feels like Christmas morning most daysJ

2. What jellyfish will we find around Tasmania?

We have about 50-100 jellyfish species around Tasmania, depending on how tightly or loosely you define jellyfish. For me, it's pretty much any of the drifting gelatinous invertebrates, so about 90-100. These range from the brilliant blue Blue Bottle, that is blown ashore in vast armadas with onshore winds, to three species of Lion's Manes, all new to science, to dozens of species of fairly harmless teeny tiny species just a few millimetres tall, that come in the most astonishingly strange shapes.

My favourites include the Rainbow Jellyfish (Leucothea filmersankeyi), which in one view looks like a somewhat broken egg, but in another view looks more like a Klingon attack vessel with weird gelatinous spikes – it's hard to know whether to gasp with delight or gape with surprise.

Another of my favourites is the Long Stingy Stringy Thingy – it would be difficult to describe any better than the name already does! Ok, just one more example from my favourites list: the Freshwater Jellyfish (Craspedacusta sowerbyi), which can be found in many lakes and reservoirs throughout Tasmania – watching them underwater feels like being in a blizzard (without the chattering teeth).

Oh, and we have so many more other species, and so many more yet to discover. I still find that about 8 out of 10 times I go jellyfishing I find a species new to science – there aren't many things you can do in the world with that much excitement (at least not legally!).

We've got a few here that sting, but none that are life threatening. The Blue Bottle of course is fairly stingy. And the Long Stingy Stringy Thingy, obviously. And the Lion's Mane and Sea Nettle will get your attention but probably not drive you out of the water. Most of the species of jellies we have here in Tasmania are just cool to watch and wonder about.

4.What's the biggest one a) in the world and b) in our waters?

The biggest diameter jellyfish known in the world is one of the Lion's Mane species Cyanea arctica from the North Atlantic, which reaches about 3m across the bell. The longest jellyfish is a totally weird colonial beast from the deep seas of the world, which reaches about 50m – longer than a blue whale!  It has hundreds of long tentacles that it deploys into essentially a wall of sting, or like a very long array of fly paper, catching any hapless creature that bumbles into it.

Here in Tassie, our biggest are almost miniature in comparison, with our biggest Lion's Mane species (new to science!) reaching about 1.5m in diameter.

5. One of our tours saw a large school off Constitution Dock – are we seeing an increase in jellyfish in our waters or is this normal?

This is a good question!  The local Moon Jellyfish (Aurelia) can bloom fairly impressively, particularly at Constitution Dock. I've seen it there in numbers that really got my attention. Intriguingly, although it now occurs in large numbers most summers right across southern Tassie, a synopsis of local jellies in the 1980s didn't include it, suggesting that it wasn't so abundant then.

As for jellies in general, we know from overseas studies that many species are becoming more abundant in certain areas – bays and harbours for example – but we lack systematic sampling here to be able to really say with confidence. My gut feeling based on overseas studies and what I know about local species is that we are not immune to those sorts of problems.

But then with many of our jellies being so delightful, it's hard for me to feel nervous about that! 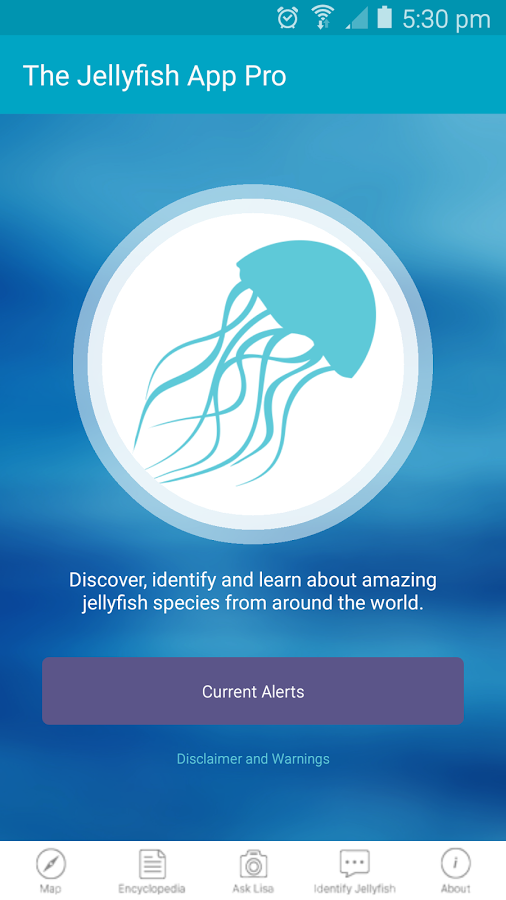