Beneath our kayaks, a fish ‘walks’ along the sandy floor of the Derwent River

Only 12 cm in size, the quirky Spotted Handfish (Brachionichthys hirsutus) has individually-unique spots or stripes and oversized pectoral fins that look uncannily like human hands.

Preferring to walk on its ‘hands’ rather than swim, the Spotted Handfish has been around for an incredible fifty million or so years, and yet although once inhabiting rivers around the world is sadly now critically endangered and found only in Tasmania’s Derwent River.

Despite outliving dinosaurs and surviving the ice ages, recent human activity of pollution, dredging, introduced species and coastal development has reduced its habitat to just nine sites in the Derwent estuary.

In 2015 the CSIRO and UTAS completed the first ever survey of all nine Spotted Handfish populations. Six sites encouragingly revealed higher than expected numbers, however the remaining three sites showed a reduction in population density to previously thought.

This joint CSIRO/UTAS team is now back in the water helping repopulate the Spotted Handfish by planting 1,000 artificial spawning habitats that provide much needed structures for the handfish to attach its eggs. The advantage of artificial underwater abodes is they are inedible to the much maligned, introduced starfish that is thought to be eating their spawning substrate. 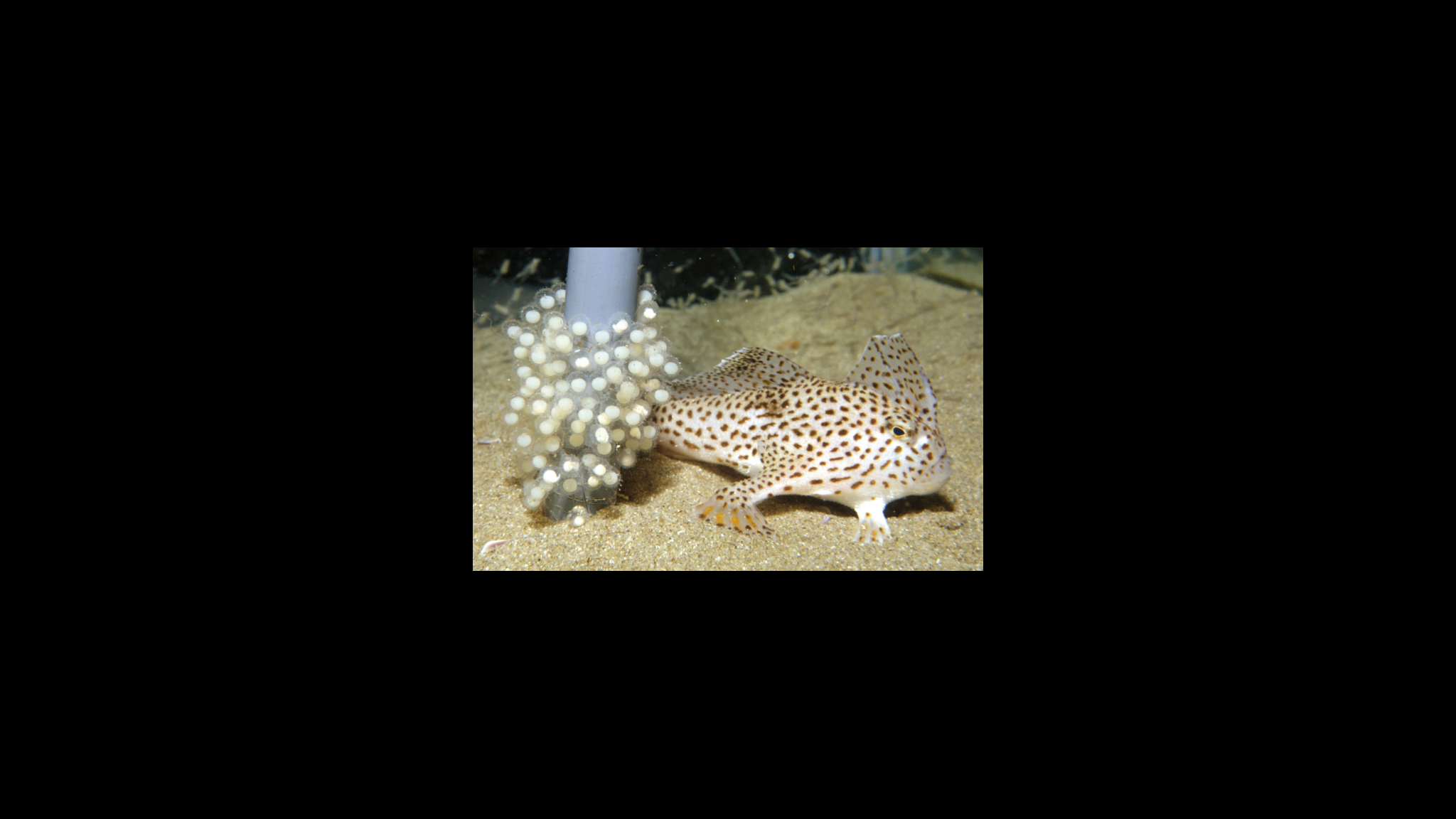 A handfish using an artifical stick to attach its eggs. Source: CSIRO ScienceImage

With time, improvements in the water quality within the Derwent should also flow through to provide improved habitat for the Spotted Handfish, and perhaps to a reduced threat from introduced pest species as more natural assemblages of species return. Meanwhile the monitoring, artificial egg sticks and captive breeding program offers the best chances of avoiding the loss of the species.

So as you paddle along the Derwent River, keep in mind that Hobart’s very own hero could be walking beneath you.

This bizarre fish became something of a mascot in Tasmania when Dark MOFO’s winter art festival featured a giant papier-mâché sculpture of it called the Ogoh-Ogoh.

If the Spotted Handfish has intrigued you, here are some links for more information:

Department of Environment and Energy