Seals on the Tasman Peninsula 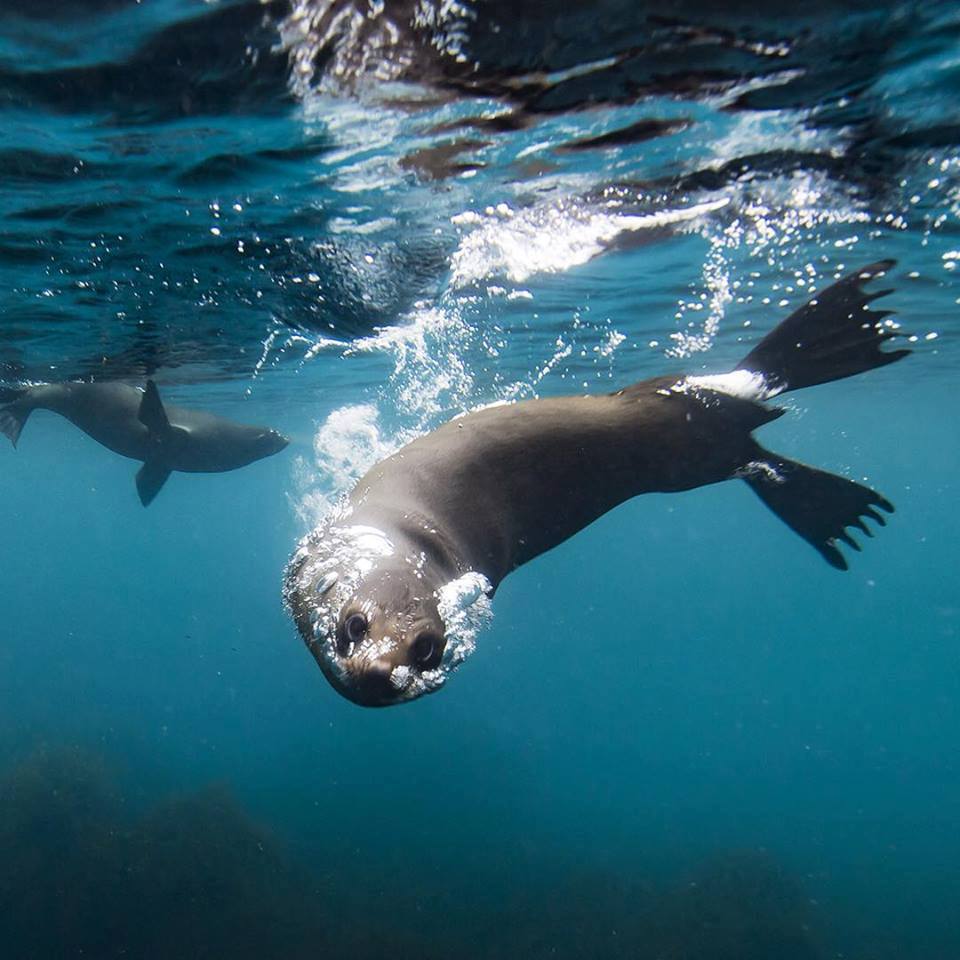 Australian Fur Seals are a favourite sight on our Tasman Peninsula paddles with their playful, curious character and photogenic poses both in and out of the water. They are the most common seal seen here although sightings are also made of the New Zealand Fur Seal, Leopard Seal and Elephant Seal.

The Australian Fur Seal's preferred Tasman haul-out rocks are around The Candlestick and these are areas where it's usually safe to observe the colonies however, if there are mothers with pups in the group, don't approach.

These days the seals seem plentiful around the coast but the population is continuing to rebuild after near extinction – their pelts and oils had them vigorously hunted for 120 years until 1923. It's been a slow process and even with protected species status, these seals remain the fourth rarest in the world.

Here's some interesting points about our marine friends:

Being in a kayak gives you a completely different and fun perspective on these marine mammals and its certainly one of the pleasures of our Tasman Paddle. 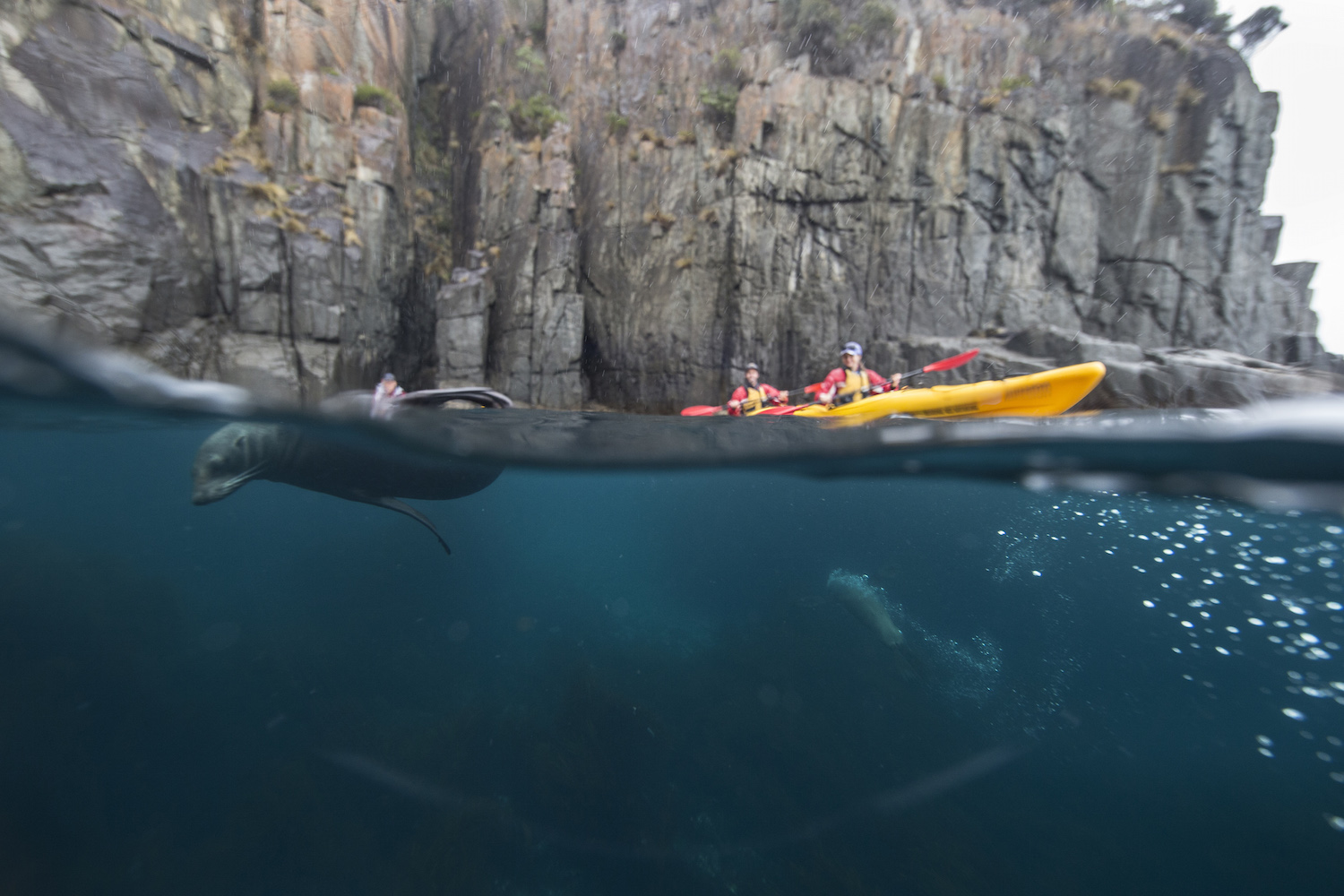 The greatest threat to these creatures isn't their natural predator, the shark, but something more insidious – humans. Over-fishing in some areas is depleting their food stocks but the biggest problem is the amount of marine debris.

Seals have an inquisitive nature so things like rope and twine, trawl-nets, fishing line, packing straps, plastic bags, plastic ties etc seem fascinating so are investigated. Sadly this can lead to them becoming entangled and from there it's often a slow, tortuous death.

If you see any of the following in Tasmanian waters, please report to Dept Primary Industries, Parks, Water and Environment (DPIPWE) Marine Conservation Program – phone 0427 942 537 or email wildlife.reception@dpipwe.tas.gov.au