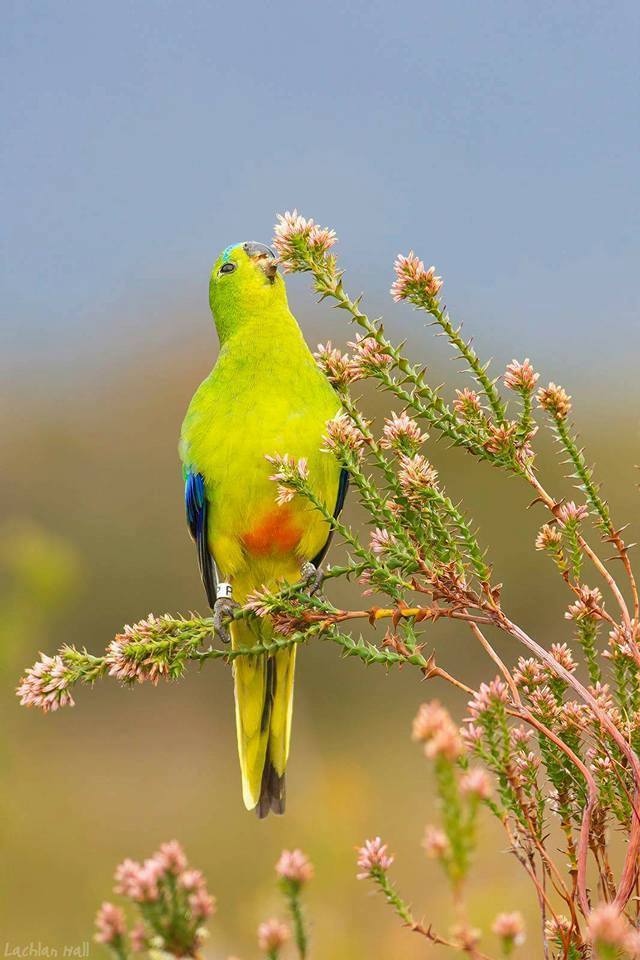 The Orange-bellied Parrot (commonly known as the OBP) is one of the world’s rarest and most endangered birds with just 35 estimated left in the wild.  It's a small, broad-tailed parrot endemic to southern Australia and one of only three species of migrating parrots.

We feel privileged as we often see them at Melaleuca where our Southwest Tasmanian kayaking adventures start and finish. The specially built bird hide gives a great view of the birds as they come down to the feeding station.

The OBP arrives in October to breed over summer in southwest Tasmania, generally within 20kms of Melaleuca, then flies north over Bass Strait in March/April to the coasts of Victoria and South Australia for winter. (They may be seen along the northwest coast of Tasmania and King Island during migration).

So far this season, only 13 males and 3 females have arrived from mainland Australia at Melaleuca so 23 captive bred birds were released to help boost the population. Eggs have been laid in 12 of the nest boxes at Melaleuca as of early December and we've all got our fingers crossed for good hatch and survival rates.

Mark Holdsworth, ornithologist and parrot expert, has stated the OBP “needs ‘drastic intervention’ to survive”.  He's calling for the OBP conservation program to bring this year’s juvenile birds into captivity to stop them migrating and give them time to mature. With only 4 of the 20 juvenile birds returning to Melaleuca this year, he believes allowing them to migrate is, quite possibly, condemning them to death.

Why is the OBP so threatened?

What is being done to help?

The Australian Government, state governments and organisations like Bird Life Australia are working together on the Orange-bellied Parrot Recovery program. Projects include:

How can you help? 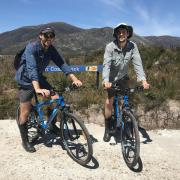 We are proud to support Friends of the Orange-bellied Parrot and this year provided support for two new bikes so that volunteers working to save this species can get around Melaleuca a lot easier. Nicolas Carter and Ryan Jackson (right) have already been enjoying using the bikes to speed up their work at Melaleuca. Ways you can help include:

And keep up-to-date with the OBP’s progress via Facebook:

Wildcare, Friends of the OBP https://wildcaretas.org.au/branches/friendsobp/