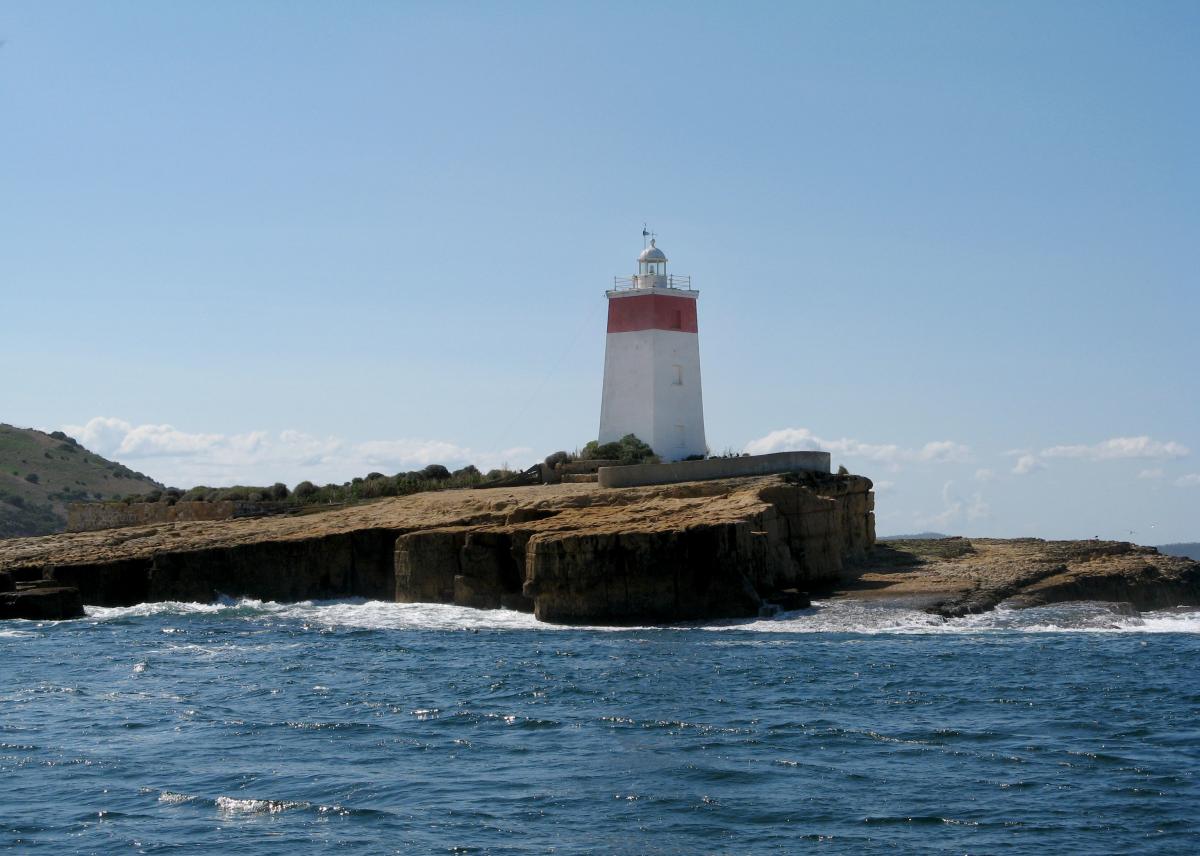 As we glide over the river on our Hobart's Cliffs, Caves and Beaches kayaking trip, our eyes often wander to the river mouth where the Iron Pot Lighthouse stands guard over the River Derwent. Curious about its history, we asked South Arm local, Kerry Scambler, to tell us more about this iconic sight.

Listen to the last exciting hours of the Sydney to Hobart yacht race and the commentators will always talk of when the leaders and their pursuers “round the Iron Pot and enter the fickle waters of the River Derwent”. It’s a landmark in the boating world, having been offering guidance to seafarers since 1832 but if you live around South Arm, it’s also part of our identity.

You’ll see the Pot in the logos of the Primary School, Residents Association and other groups and it’s the namesake of the local golf club. During the ANZAC Day dawn service at Fort Direction, the Pot stands with hundreds of us as we remember the fallen and watch the sun rise over our thankfully peaceful home.

Looking at the bold, white upright structure with its striking red stripe, it’s almost incomprehensible to imagine the accompanying gothic style, two storey house and several outbuildings that also sat atop this 0.4 ha, rocky island. It was once a tourist destination in itself! 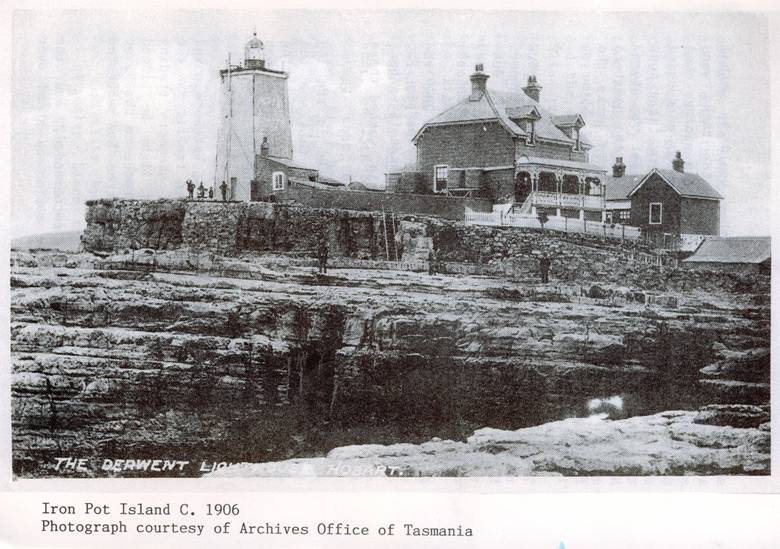 Here’s some interesting points about our sentinel:

The official records and letters from the lighthouse keepers have made its fascinating history accessible and a quick online search will find many images and stories.

The view of the Iron Pot is most enjoyable from the water and from a kayak, the islet’s dimensions are brought home.  Just imagine – seven kids… storms across the top of the lighthouse… and the rich sea life around the rocks in the waters below.

PS If you want a memento of the Iron Pot, I’m sure the local residents association will sell you one of their stubby holders with a magnificent image!

This article compiled from various sources including History of The Iron Pot by Suzanne Smythe and South Arm historian Maurice Potter.

* From The Examiner (Launceston)