For over a hundred years (1900 to around 2010) only three families have lived long-term in the Bathurst Harbour and Port Davey region – the Kings, Claytons and Willsons. The most famous resident was Deny King, legendary bushman, tin miner, naturalist, artist and environmentalist, and a man who left an indelible mark on all who were privileged to meet him.

Deny's father, Charlie King was one of the first to work the quartzite gravels in the area seeking tin ore – first at Cox Bight in the late 1800s, then at Melaleuca in 1835. Charlie with his two children – Deny and Win – stayed on after other miners withdrew.

Deny was unafraid of hard work and he took over the mine from his father. He relished the challenges of Tasmania’s remote southwest and Melaleuca became his home for 55 years, almost his entire life.

In 1940 Deny enlisted in the Australian Imperial Force and served in the Middle East, Papua and New Guinea building roads, bridges and airstrips. During this time he discovered the real potential of earthmoving equipment!

In hospital during World War II, Deny also met the woman who would become his wife. After pursuing a four-year courtship with Margaret by correspondence, courtesy of passing fishing boats, they married and in 1949, Deny brought her by boat around the South Coast to his ‘kingdom’ in Melaleuca. What a shock this remote area must have been to her!

In 1953, he brought in a caterpillar D2 diesel tractor by fishing boat to mechanise the mining at Melaleuca and in 1955 he began the herculean task of building an airstrip to reduce their family’s isolation (by then they had two girls, Mary and Janet). He completed the airstrip over three summers and in so doing became an unwitting agent of change. Until then only visited by fishermen and bushwalkers,  Deny had made Southwest Tasmania  accessible to mining companies, photographers, journalists, and sightseers. Being a welcoming soul, he built two commodious visitors’ huts to accommodate these visitors – both which still stand today as bushwalker huts.

As well as a miner, he was an artist and field naturalist, contributing to research with observations about birds (including the migratory and now endangered orange-bellied parrot), marsupials, and invertebrates. He forwarded many specimens to the University of Tasmania and among these were new plants Lomatia tasmanica –  known as King’s Lomatia and believed to be the world’s oldest living plant —and Euphrasia kingii, the previously considered extinct Banksia kingii.

He guided anthropologists to sites used by the Needwonnee people; supplied daily information to the Bureau of Meteorology; and, concerned about dwindling numbers, instigated a recovery program for the orange-bellied parrot.

It was his work that played a significant role in the proclamation of the Southwest National Park – and later the Tasmanian Wilderness World Heritage Area.

Quietly spoken with a slow drawl, stocky, and immensely strong, Deny was renowned for his hospitality, humour  and willingness to tackle challenges. 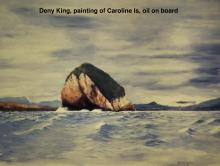 He was also an accomplished self-taught painter and held a joint exhibition with daughters Mary and Janet in 1971, and a solo exhibition in 1987 after retiring from tin mining in 1985. Sadly Deny died of a heart attack on 12 May 1991 and his ashes are scattered where he truly belonged, in Bathurst Harbour.

The King family home remains on the banks of Moth Creek and is regularly visited by family. The Deny King Bird Hide – now a museum under development – is another of Deny’s legacies.

Deny led an amazing life in the rugged and beautiful South West Tasmania. You can read more about his life story in the book King of the Wilderness: the life of Deny King by Christobel Mattingly which brings to life one of Tasmania's real heroes and one of the great characters of the Australia bush.

Interested in more history of Southwest Tasmania? Deny's grandson Tony Fenton has also just published a new book with history of Port Davey incluidng stories of human hopes and schemes, courage and folly, avarice and hard work. Called Fleeting Hopes, you can find our more and purchase a copy here. 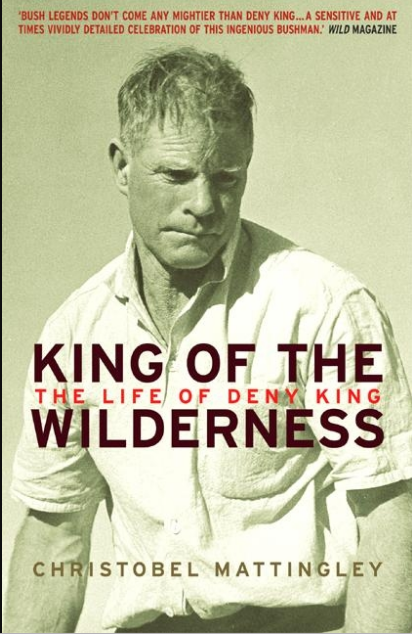 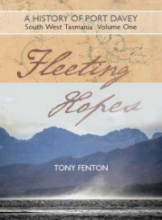