COVID-19 Safe policies - We are excited to be back on the water! 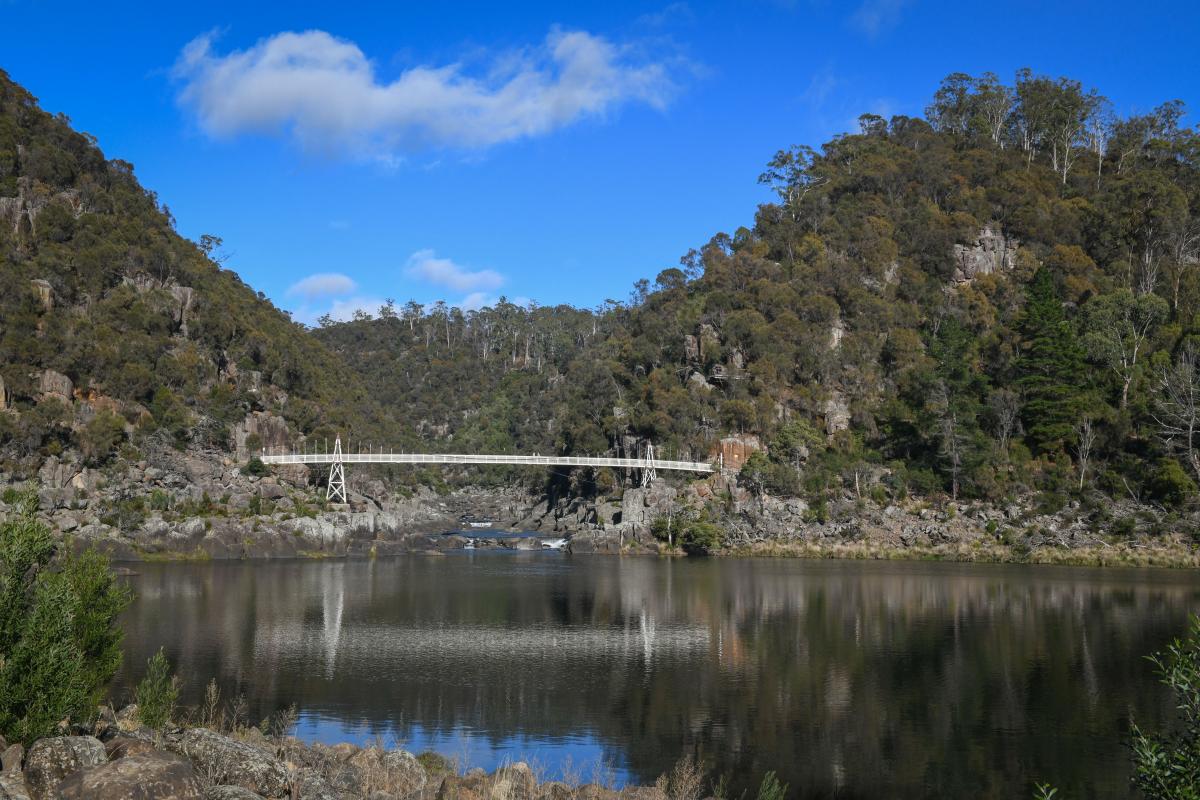 The Gorge means many things to many people. It’s been treasured by settlers since 1804 and by our indigenous people for thousands of years – it’s also been tourism icon since the access along the cliffside was opened in 1907.

The ravine, forged by the South Esk River over millennia, grandly sits around the river’s lower reaches as it meets the Tamar River and the city of Launceston.  At its heart is the First Basin with the Alexandra Suspension Bridge connecting its northern and southern sides.

The landscape offers the excitement of the wild, the serenity of bushland, a peaceful setting of Victorian gardens, shaded fern gullies, a natural amphitheatre in the First Basin all of which combine to create a diverse range of recreational and leisurely pursuits. 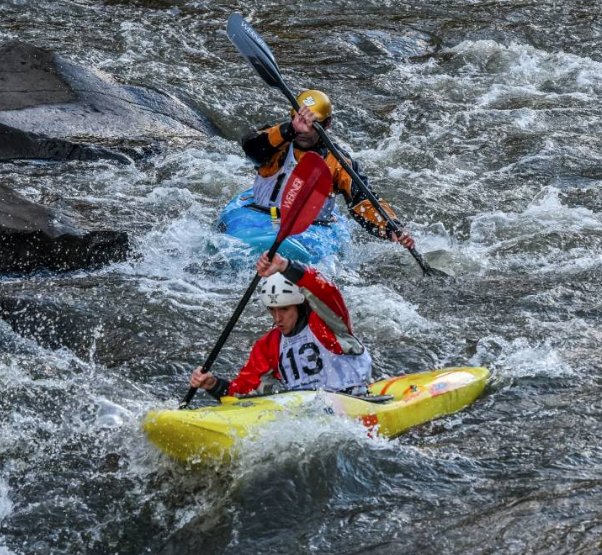 To those like Roaring 40s guide Tim, it’s a white water challenge when Hydro Tasmania boost the flows from the Trevallyn Dam to create an adrenaline adventure. (Tim recently won the 2019 Cataract Gorge Extreme Race).

For the walker, jogger, runner and ambler there are paths and tracks whisking you from the edge of the CBD to the bush in minutes (or hours if you choose) and all around the First Basin and along the hillsides.

Nature lovers can roam through curated gardens with their colourful wandering peacocks or amidst bushland with wildlife peeping from the undergrowth and calling overhead.

Photographers too love both the natural and built environment, coming from near and far to capture the rugged grandeur as it changes in Tasmania’s distinctive light. The iconic Kings Bridge, the historic Tollhouse and of course, the raging floodwaters feature in images from early years to today.

To the youth of generations not so past, it was where summers were spent, idling away the long days with friends and swimming in the river. If, like me, you were lucky enough to live in neighbouring suburbs Trevallyn or West Launceston, this natural gorge was your backyard, literally.

Music lovers have long rejoiced in the sounds of music ringing around the Basin’s hills with concerts by early orchestras and bands. Indeed, Launceston loves to claim firsts and this could be another – the start of the community choir concept when the Railway Silver Band’s concert in 1938 advertised an “…effort made to introduce community singing”!

The Tasmanian Symphony Orchestra’s annual Symphony under the Stars is the modern event drawing hundreds to immerse themselves in classical music as it is hauntingly projected around the hills.

For youth in late 70s to early 90s, the annual free Basin Concert was a highlight, attracting thousands from around the state and beyond. The bands were set up on the old shelter roof, hundreds of towels were laid on the grass and on rocks around Basin itself and then the grooves and moves began. A video, shot for the TV music show, Sounds captures the location and the (mostly good!) sounds of the times.

For historians, the Duck Reach Power Station just south of the suspension bridge, powered the first electric street lights in the southern hemisphere in 1896 and is now home to a museum.

Look through any old book regaling visits to the island state and the Gorge is described variously as having “a primeval rugged grandeur” (1914)” and a “delightful setting of woodlands and gardens” (1963).  Some things have never changed including this: “Our photographers are in seventh heaven as we ramble about… finding new scenes at every turn” (1949). 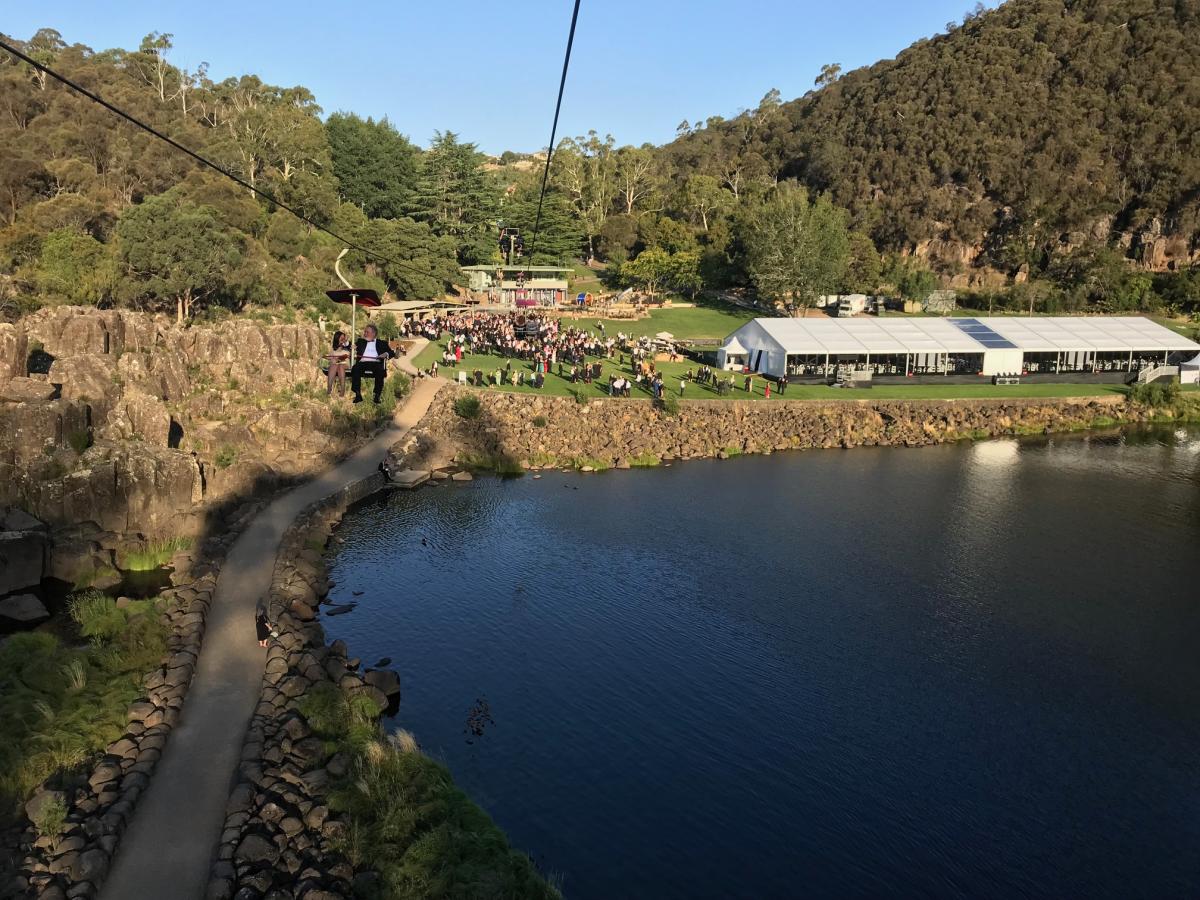 In January 2019, a huge sculpture entitled Man floated on the waters to launch Mona Foma then in March the grounds were transformed for the Australian Tourism Awards with over 800 guests enchanted with their evening in its natural surrounds.  This spectacular Gorge may be ancient but it has also moved with the times.